1 st Day – Pickup from Bandaranaike International Airport to Kithulgala.
Once you land on Sri Lanka you will be welcomed and greeted by our chauffeur. Then you will be
transferred to the charming town Kithulgala famed for thrills such as white water rafting, trekking and
the Keleni Forest Reserve a popular bird watching location.
Overnight Stay: A Camp Site in Kithulgala.

3 rd Day – Sandun Ella.
Leave for Sandun Ella Waterfall for a day of abseiling. Hike up this stunning waterfall and enjoy the
adrenaline rush of a 100 ft. controlled abseil descent.
After your fill of abseiling enjoy a trek through the waterfall. Head back to your campsite on completion
for some much needed rest and relaxation. No climbing or abseiling experience is necessary to enjoy
this incredible experience.
Overnight Stay: A Camp Site in Kithugala.

Sinharaja Forest Reserve is a national park and a biodiversity hotspot in Sri Lanka. It is of international
significance and has been designated a Biosphere Reserve and World Heritage Site by UNESCO.
According to International Union for Conservation of Nature (IUCN), Sinharaja is the country&#39;s last viable
area of primary tropical rainforest. More than 60% of the trees are endemic and many of them are
considered rare.
The hilly virgin rainforest, part of the Sri Lanka lowland rain forests ecoregion, was saved from the worst
of commercial logging by its inaccessibility, and was designated a World Biosphere Reserve in 1978 and
a World Heritage Site in 1988. The reserve&#39;s name translates as Lion Kingdom.
The reserve is only 21 km (13 mi) from east to west, and a maximum of 7 km (4.3 mi) from north to
south, but it is a treasure trove of endemic species, including trees, insects, amphibians, reptiles, birds,
and mammals.
Overnight Stay: A Hotel in Singharaja.

5 th Day – Singharaja.
One of the major features at Sinharaja is the presence of bird &quot;Feeding Flocks&quot;. These flocks give life to
the forest which under normal conditions is silent and uneventful. You will be able to observe endemic
birds such as Red-faced Malkoha, the Sri Lanka blue Magpie, the Ashy-headed Babbler, the White-
headed Starling and the Green-billed Coucal some of the rarest of Sri Lankan beauties.
Overnight Stay: A Hotel in Singharaja.

6 th Day – Udawalawe.
Udawalawe National Park lies on the boundary of Sabaragamuwa and Uva Provinces, in Sri Lanka. The
national park was created to provide a sanctuary for wild animals displaced by the construction of the
Udawalawe Reservoir on the Walawe River, as well as to protect the catchment of the reservoir. The
reserve covers 30,821 hectares (119.00 sq mi) of land area and was established on 30 June 1972. Before
the designation of the national park, the area was used for shifting cultivation (chena farming). The
farmers were gradually removed once the national park was declared. The park is 165 kilometres (103
mi) from Colombo. Udawalawe is an important habitat for water birds and Sri Lankan elephants. It is a
popular tourist destination and the third most visited park in the country.
Overnight Stay: A Hotel in Udawalawe.

7 th Day – Nuwara Eliya.
Head towards the beautiful town of Nuwara Eliya where you will come across several water falls on the
way. Ramboda Falls is one visit we have scheduled for you. Along the way you can also visit the Pedro
Tea Factory and the luscious tea plantations of the country. You will also be given a tour of Nuwara Eliya,
also known as “Little England”.
Overnight Stay: A Hotel in Nuwara Eliya.

8 th Day – Dambulla and Sigiriya.
Situated in the Matale District, Central Province of Sri Lanka, situated 148 km (92 mi) north-east of
Colombo and 72 km (45 mi) north of Kandy. Due to its location at a major junction, it is the centre of
vegetable distribution in the country.
Major attractions of the area include the largest and best preserved cave temple complex of Sri Lanka,
and the Rangiri Dambulla International Stadium, famous for being built in just 167 days.
Sigiriya the name refers to a site of historical and archaeological significance that is dominated by a
massive column of rock nearly 200 metres (660 ft) high. According to the ancient Sri Lankan chronicle
the Culavamsa, this site was selected by King Kasyapa (477 – 495 CE) for his new capital. He built his
palace on the top of this rock and decorated its sides with colourful frescoes. On a small plateau about
halfway up the side of this rock he built a gateway in the form of an enormous lion. The name of this
place is derived from this structure —S?h?giri, the Lion Rock. The capital and the royal palace was
abandoned after the king&#39;s death. It was used as a Buddhist monastery until the 14th century.
Overnight Stay: A Hotel in Sigiriya.

9 th Day – Colombo.
We’ll be leaving for the commercial capital Colombo and be checked in at the hotel. The rest of the
evening is allocated to spend on leisure.
During the spare time you may take a city tour around Colombo. Drive through the commercial city
centre known as the &quot;Fort&quot;. It is built by the Portuguese in the 16th century where grand colonial era
buildings stand alongside modern office structures. See the vibrant markets and bazaars of Pettah, and
the National Museum with its fine collection of lovely antiques and art of Sri Lanka. You could visit a
Buddhist temple and a Hindu Kovil to experience the diversity of religion, ethnicity and customs of the
people. For a happy closure you may go on a shopping spree, and be amazed by the colourful offerings
that are truly Sri Lankan.
Overnight Stay: A Hotel in Colombo. 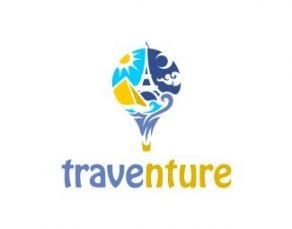